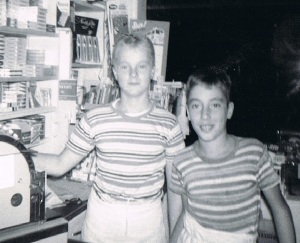 As with most children, much of Brian’s formative years were spent in school. After class, he could be found helping his parents’ at their general store, where he stocked shelves and aided his dad as a butcher. Brian attended several schools, such as the original two room Alcona Glen Public School for grades four and five. In grade six, Brian attended Innisfil Central School and Sunnybrae Public School for grades seven and eight. Finally, he attended Central Collegiate High School where he ended his formal education.

It was during this time that Brian attended Boy Scouts, and learned a great deal about wilderness and survival. Shortly after, he joined the Air Cadets where he had his first exposure to boxing at age 13. It was clear he had a talent for unarmed combat, even at such an early age, having bested several of the other cadets.

Due to Covid-19, all of the system’s remaining 2020 workshop events have been cancelled.